This article was written before the novel COVID-19 rocked the nation. Much has changed, very quickly, since the AMA report was released. Still, the report is relevant to predictions of the rise of telemedicine, patient engagement, and AI. And even more important is the insight gained in my interview with Justin Gernot, Vice President of Healthbox, about nurse’s opinions and experiences with digital health.

Healthcare will change significantly in the aftermath of the coronavirus. Lessons from the recent past may shine light onto the new future, including the importance of nurses and other clinician’s involvement in the evolution of digital health.

You probably don’t need a study to tell you that as digital health tools get more ubiquitous, provider adoption of those tools does too.

Still, that’s exactly what the American Medical Association’s (AMA) Digital Health Research report showed. Released last month, the report compared data from 2016 and 2019 to reveal that, by and large, more doctors are using more solutions than ever…and they’re liking it.

Healthcare entrepreneurs: Take heed. In an industry where physician adoption is as good as gold and most digital health startups will fail, these insights matter more than you might think.

What the Results Showed

As a follow-up to their 2016 survey, the AMA asked physicians to rate levels of familiarity, motivation, and enthusiasm for using digital health solutions across seven categories:

If your business falls in any of those groups, you’re in luck: Every single one of them saw an uptick in physician adoption from 2016 to 2019—with telemedicine nearly doubling its usage rate as the standout category, and remote monitoring (for better care) taking second place.

But just as important as the types of tools are the people who use them, and why: More than 8 in 10 physicians said digital tools were at least somewhat beneficial for their practice, but PCPs tended to find them more advantageous than specialists. That likely links back to the emerging influences of digital health in primary care, including the rise of telemedicine.

Digital health startups can learn a lesson from these findings: That is, if you have a practitioner solution that improves care delivery while making clinicians’ jobs easier (plus the right sales team), you’re more likely to win the contract.

But building a product that ticks both boxes—that of bettering care while improving clinical workflows—can seem like a tall order. Still, it’s essential.

“It’s really not an either/or,” said Justin Gernot, Vice President of Healthbox (the company that literally wrote the ebook about provider experiences with digital tools). “Physicians want something that will help their patients and help themselves—and they’ll very quickly stop using solutions that don’t do both. Ultimately, ease-of-use doesn’t trump efficacy.”

That said, you can’t know what clinicians want in a tool until you ask them. Better to do it sooner than later.

“It’s critical that clinicians are involved early on, and then through to development,” Justin said. “And that means all stakeholders on that clinical path, not just physicians. Doctors may have been involved in the design and may absolutely love it, but the product’s not going anywhere if the nurses or other providers aren’t on board.”

Justin’s perspective lines up with what we’ve seen on the market for years. Taking a look at our colleagues and clients in digital health, many have engineered something uniquely valuable and usable while advancing care quality and safety:

Of course, usability is just half the equation—because scratching out a six-month pilot is completely different than winning the five-year contract. Plenty of health systems may be willing to give your solution a go, but if the real-life utility doesn’t outlast the marketing sparkle, it’s DOA.

That’s why companies need to constantly evolve to fit the changing needs of their users, and a big part of that relies on feedback. From our perspective, successful startups (including EnsoData, CancerIQ, Orbita, and others) architect a consistent feedback loop among users (not just customers) at the get-go. That’s the secret sauce that gets you through Series A.

And if your success depends on physician adoption, that means creating opportunities to hear doctors out on features that aren’t working or that they’d like to see added—even if those directions veer off the original vision you had. Heed what they say, and reevaluate the engineering or business model accordingly.

Because clearly, doctors will keep using digital tools—the question is, will they use yours? 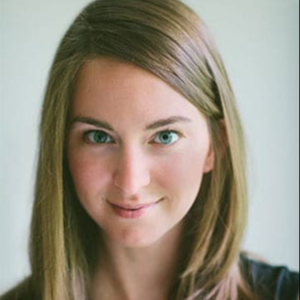 Elissa manages marketing and brand development strategy for Phase2 Health’s clients. As a former neonatal nurse, published author of clinical research, and proven healthcare leader, she’s made a career bringing digital health initiatives to market. Outside of work, she’s a hobbyist film photographer, comedy writer, community organizer, mom of two, and fierce advocate for public health and access equity. Elissa has a BSN from the University of Illinois at Chicago.
All Posts

Sign up for the monthly P2H Roundup to be kept up on all the latest trends in digital health.

Sign up for the monthly P2H Roundup to be kept up on all the latest trends in digital health.